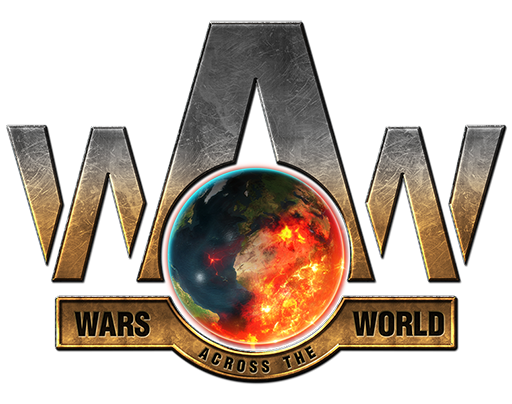 As promised in our previous announcement, today we launch the pre-order campaign of the first 4 titles of the new Aleph Pocket Series dedicated to War Across the World by Stéphane Parrin.

In the last newsletter we told you that the first 4 titles will be: For each title, the target goal of pre-order needed for production is fixed to 150 copies.

Shipping costs will be as follows (for 1 to 4 units):

Every title will be published in a slimbox which contains:

So Hurry up guys! Order your copy!

In the next weeks we will give you a closer look on each title…..Keep in touch!!!!

Good morning to everyone!

Some customers have requested information about bulk of games orders, so we have decided the following policy on pre-order prices and shipping costs:

The shipping costs range indicates a possible future inflation. At the moment of shipment, the costs will be calculated more precisely and it could be lesser than the one expected.

RULEBOOK
We have quickly edited the rulebook we used in final playtests.
There is a lot to do, but the mechanics are all fixed.

As promised, today starts the pre-order campaign for 1883!

Manlio Manzini (1841) takes us to the Northern Italy of 1883, the year before the Government approved a law that allowed the birth of small local railway companies in order to improve connections in the peninsula.
In 1883 the provinces of Reggio Emilia and Modena are full of small, disconnected and isolated tracks. In this new game, inspired by the very famous 18XX series, from 2 to 4 rail barons will compete to earn money and build the best bonds portfolio investing and operating on the Italian railway system from 1845 to 1945.

Will you be able to improve the railway network in this part of the Padana Plain by connecting  the most remote towns in the Emilian Apennines with the Great River Po? From today you will be able to pre-order your own copy of 1883 at the price of €55 by clicking the following link. For other destinations, please feel free to contact us; we will find the best solution for you! In order to produce the game, the pre-order phase has “made-the-cut” target of at least 200 copies.

So what are you waiting for….Get on board to get your copy!!! As promised, from today the pre-order campaign for Baroque is starting!

Richard H. Berg (Successors III, Pax Romana, Blackbeard, Great Battles of History) has come out with another title in his decades long career, and this time he’s taking us to the 1650’s Holy Roman Empire, at the end of the 30-years War! In Baroque you will take control of a German Princedom that is struggling for military and political supremacy, with the objective of being in a strong position for the election of the next Emperor!

You have to manage the income from the territories under your control, defend them from enemies and expand to obtain more prestige and power. You will build Cities, Fortresses, Bishoprics and Armies.

Generals, Bishops, Nobles and Architects of the era will be able to be at your side and at your service!

Which Princedom will emerge in this time of chaos? From today it’s possible to pre-order your own copy of Baroque at the price of 49€ at the following link. For other shipping regions, please feel free to contact us and we will find the best solution for you! Based on the number of pre-order (see below), other components will be added: The pre-order has a minimum goal to produce the game and further targets to add improvements:

So…what are you still waiting for? Hurry and get your copy!