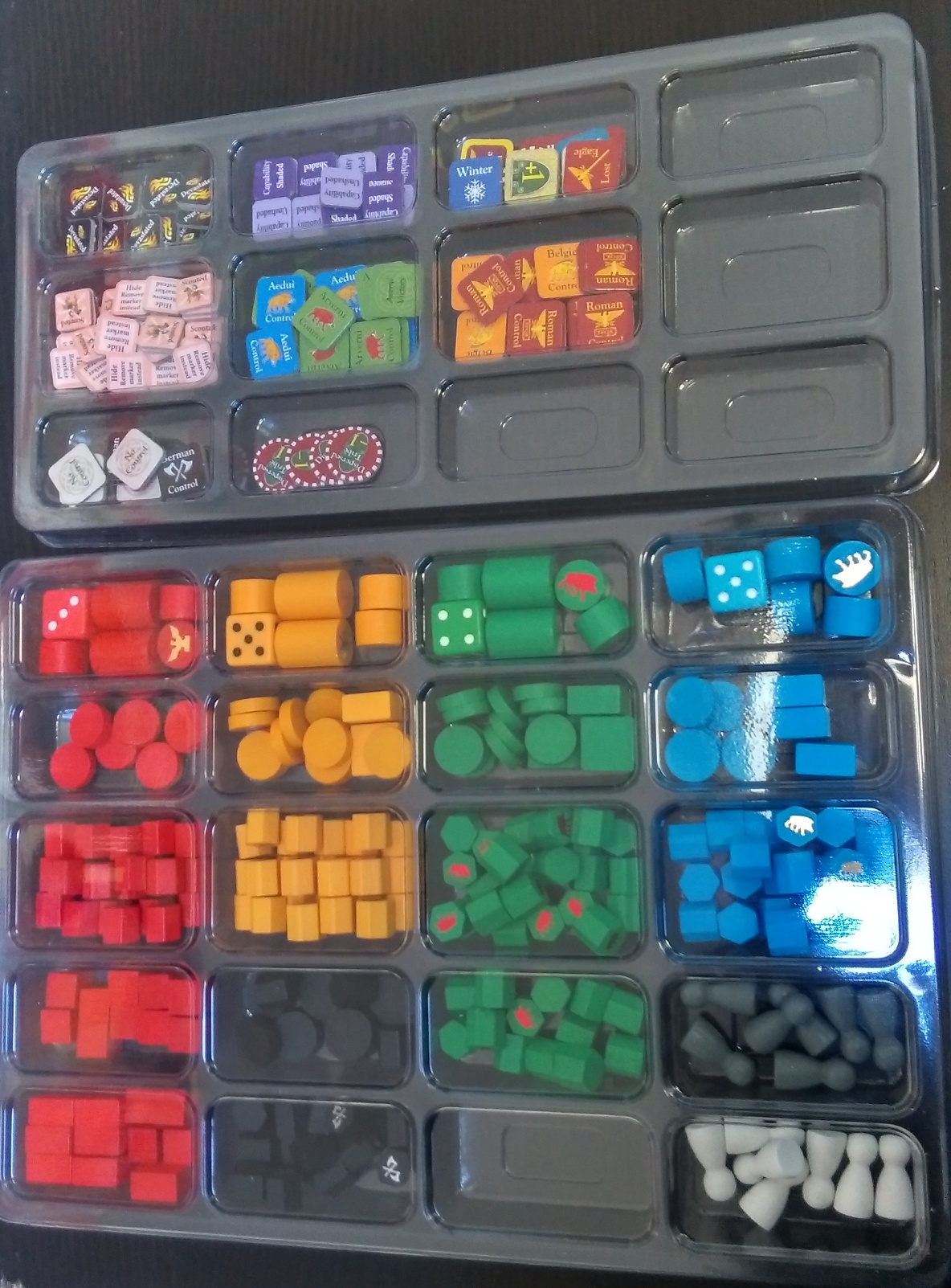 Welcome again with another little update on our counter trays.
As promised in our previous report, this time we will see also a couple of recently published eurogames so you can judge our counters’ adaptability with this group.

Empire of the Sun We thought to have seen already all the limit-situations, but this recently published title by GMT caused a little bit of a crisis. With only 1 Aleph counter-tray we were able to put all the units away, but all the information counters had no space at all and we put them in a zip-lock bag.  It is possible to do the opposite: keep the information counter in the counter tray (then put them on a side of the board for an easy use) and the units counters in separated zip-lock bags, so they will be more handy during the setting up. With this title, equipped with wooden blocks, 1 Camelot counter-tray is the perfect choice to organize all the components. Another recently published title with cards, mounted map and many big size counters. With 1 Aleph counter-tray we organized the majority of the components, with the exception of some counters that have been kept in zip-lock bags. Let’s finish our little excursion about wargames (and similar) with this very nice Italian title, which with 1 Aleph counter-tray you can organize everything well.

Let’s move now to a couple of eurogames that we recently had the chance to play, and we very much enjoyed playing, that made us willing to see how our counter trays would work with the components of this group of games.

With only 1 Camelot counter-tray, space exploration has never been so well organized! And that concludes this tour about our counter-trays.

Thank you for your attention and…. Keep calm and play games folks!